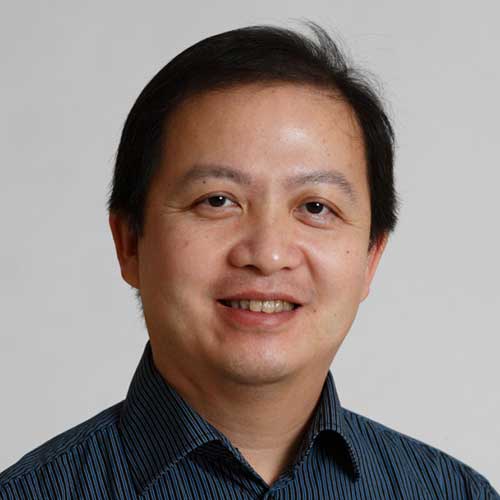 Dr. Wang has been a faculty member of the college since 2000. He is the author or co-author of two monographs and over 50 journal articles. The mission of his research group is to advance knowledge related to the analysis, management, and making sense of large and complex visual data, and to contribute to the society through the dissemination of research findings and education of future leaders in this field. The current research interests of his group include biomedical imaging informatics, computational psychology, meteorology big data, visual art, and fundamental explainable learning methods.

Wang has received an NSF Career award and the endowed PNC Technologies Career Development Professorship. He has served as the lead guest editor of IEEE Transactions on Pattern Analysis and Machine Intelligence Special Issue on Real-world Image Annotation and Retrieval (2008), the general chair of ACM Multimedia Information Retrieval events (2006, 2007, and 2010), and as an invited speaker at more than 70 institutions.

Wang served as Visiting Professor at the Robotics Institute of the School of Computer Science, Carnegie Mellon University (2007-2008), as Program Manager in the Office of the National Science Foundation Director (2011 and 2012), and as Chair of the Faculty Council of the College of Information Sciences and Technology at Penn State (2012-2016). Wang’s research has been featured in science media including PBS NOVA TV, Discovery News, Scientific American, National Public Radio, and MIT Technology Review, as well as wired news agencies. His publications are widely cited.

Wang's research seeks to advance knowledge through modeling objects, concepts, aesthetics, and emotions in big visual data. Formerly with the Biomedical Informatics Group and the Computer Science InfoLab at Stanford, he undertakes work that makes possible the understanding of images based on machine learning and statistical modeling. Among other contributions, he and his collaborators have developed the SIMPLIcity semantics-sensitive image retrieval system, the ALIPR real-time computerized image tagging system, and the ACQUINE aesthetic quality inference engine. Their research has been applied to several domains including biomedical image analysis, satellite imaging, photography, and art and cultural imaging.

Wang's research has been primarily funded by the National Science Foundation. At Penn State, Wang teaches theoretical foundations of information science, discrete mathematics, techniques related to the organization of data, and medical informatics. He also guides a group of both graduate and undergraduate researchers.